Restarters Barcelona are a group of friends who want to promote alternatives to planned obsolescence and readaption of technical knowledge. Inspired by the Restart Project, this group emerges with the goal of activating and promoting self-organized Restart Parties in different neighborhoods of Barcelona. For this reason, our group is open to anybody interested in participating, even more so our goal is to spread our ideas to other people and groups to become a well supported movement. 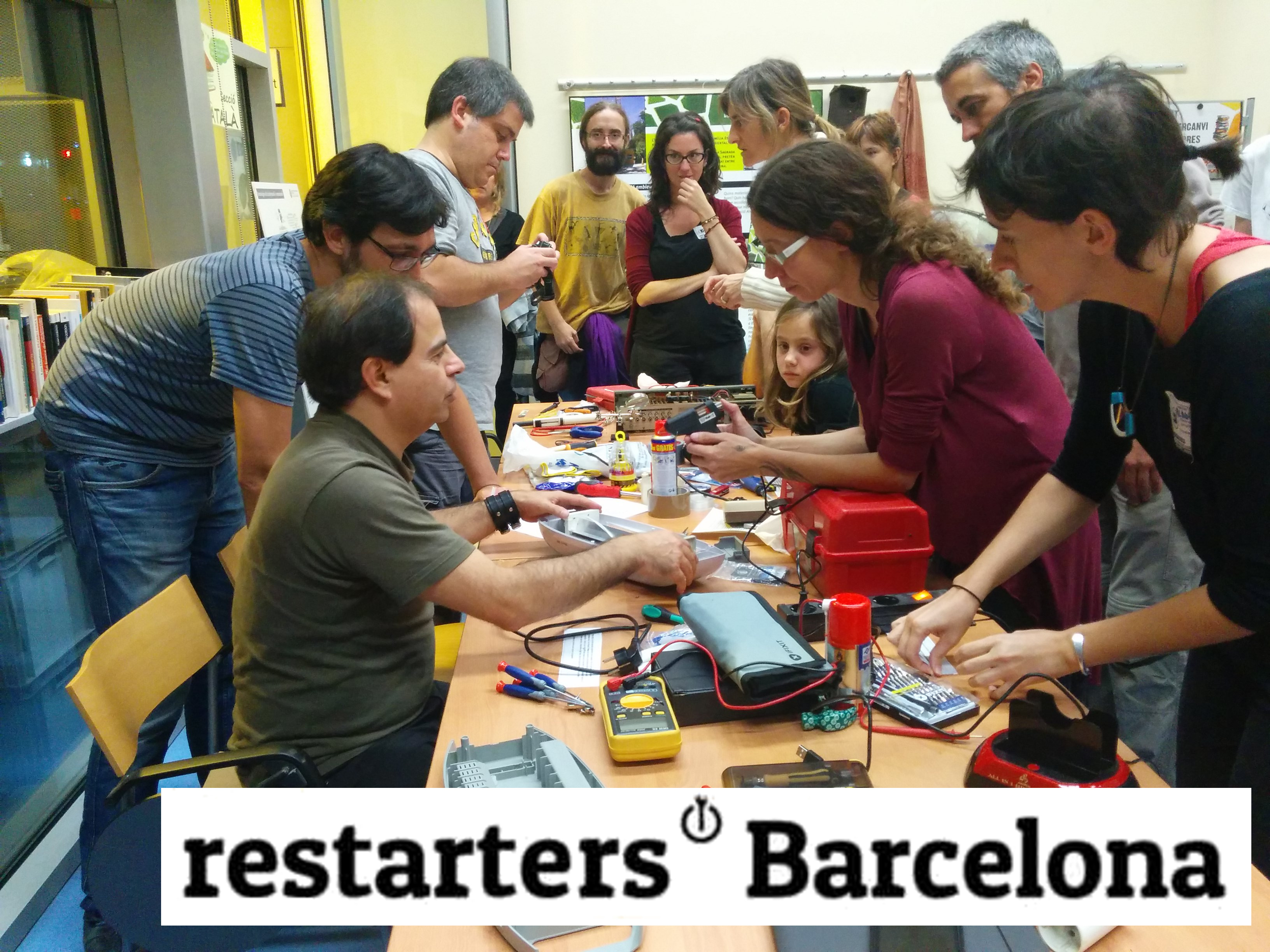 Other projects that inspire us and we admire are: